Jermaine “Propane” Rachal entered the music industry in 1998 at the age of 18.  Motivated by hip-hop, he was an inspired lyricist with the dreams of one day becoming a well-known hip-hop artist.  Mid year of 1998, he stepped foot into his first professional recording and production studio located a few miles north of Atlanta, Georgia.

Jermaine “Propane” quickly found his passion behind the scenes as a music producer and audio engineer.  He began building his character and at the same time, gained extensive experience in the recording and music production field.  Gradually, creating his resume, he furthered his knowledge, enrolled into OmniTECH Institute and graduated with a certification in Audio Engineering and Music Production in the Fall of 2010.

Today, after years of pure dedication, ambition and perseverance, networking with talent in all genres of music, including Multi-Grammy Award-Winning entertainers, Mr. Propane has established a media room that is dedicated to audio mixing, mastering, editing, vocal recording and music production, 1 Up Recordings.  Independently owned and operated, 1 Up Recordings is steadfast becoming a household name for all recording needs.  Jermaine “Propane” Rachal proudly brings you a company that provides industry quality, professionalism and defines integrity, "1 Up Recordings."  #TEAM1UP 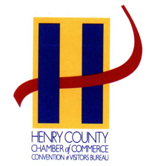